In 2010, Delray Beach hosted the first-ever ATP Champions Tour event in the USA making the ITC the world’s only combined ATP event.

Delray Beach is the only place in the world to see BOTH tours (ATP World Tour and the ATP Champions Tour) at one venue.

Delray Beach International Tennis Championships (ITC) is a tennis extravaganza providing tennis fans a venue where they can watch some of the top players in the world (ATP World Tour) play tennis in Delray Beach and also enjoy a nostalgic trip through tennis history at they watch their favorite past-time tennis players of all time in the ATP Champions Tour. 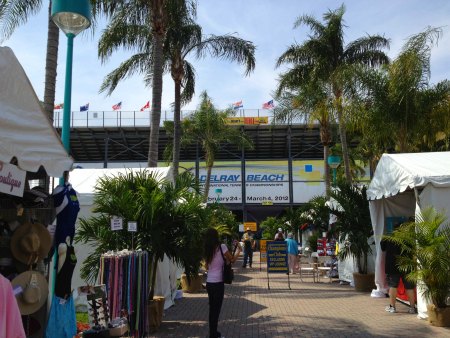 The Delray Beach International Tennis Championships (ITC) is the only ATP tournament in the world that showcases the games greatest talents across multiple eras while it simultaneously hosts the ATP Champions Tour and the ATP World Tour in the same week.

These combined events create the only 10-day extravaganza in prestigious Palm Beach County Florida and more specifically in the city of Delray Beach -- the city who recently won the Most Fun Small Town in America Award from Rand McNally and USA Today Travel as seen on the Travel Channel (July 2012).

The ITC is one of only 12 ATP World Tour events in the US featuring many of the current top-ranked men’s professionals in the world. 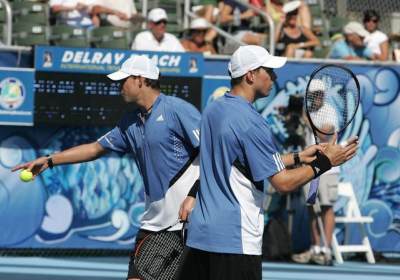 The former Boca Raton resident and 2003 US Open Champion made his initial debut at ITC in 2000 as a 17-year-old and then became the top American player of the decade.

He made his pro debut when he played in the 2011 Delray Beach International Tennis Championships (ITC) ATP World Tour event February 2010. 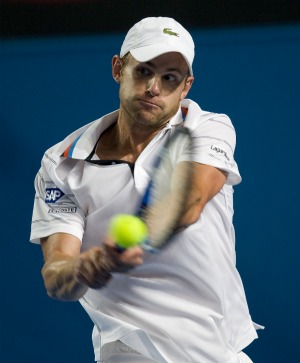 The Boca Prep grad won the 2001 ITC doubles title with Jan-Michael Gambill, in 2002 reached the singles final,and by season's end, he became the youngest American to finish in the Top 10 since Michael Chang in 1992.

The Grand Slam champion became the youngest American to finish No.1 in the world when he achieved that ranking in 2003 as a 21 year old.

He has finished in the ATP's Top 10 for eight straight years and enjoyed a five-year run in the Top 5 during that time.

The former Boca Raton resident is a 3x Wimbledon runner-up, a 2006 US Open Finalist, and has won 29 ATP titles in 10 years as a professional tennis pro.

What is ATP?
(Associated Tennis Professionals)

ATP is the governing body of the men's professional tennis circuits - the ATP World Tour, the ATP Champions Tour and the ATP Challenger Tour.

Total player compensation is more than $1.3 million for both events.

With 62 tournaments in 32 countries, the ATP World Tour showcases the finest male athletes competing in the world's most exciting venues.

At the end of the season the world's top 8 ranked men's singles players and top 8 doubles teams, based on their performance throughout the year, qualify to compete in the season's climax - the Barclays ATP World Tour Finals at London's O2 arena.

The ATP Champions Tour brings together many of the greatest tennis players in history for nostalgic, competitive and entertaining tournaments in cities all around the world.

There are currently 11 round robin events on 4 continents featuring former ATP World Tour players who fit one of the following criteria:

Players must also be retired from ATP World Tour competition and each event can invite two wild card entrants of its choice. 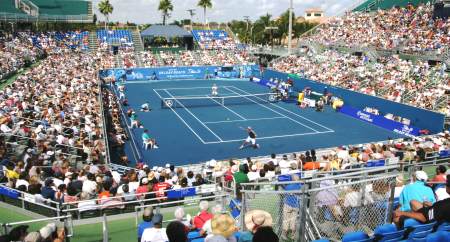 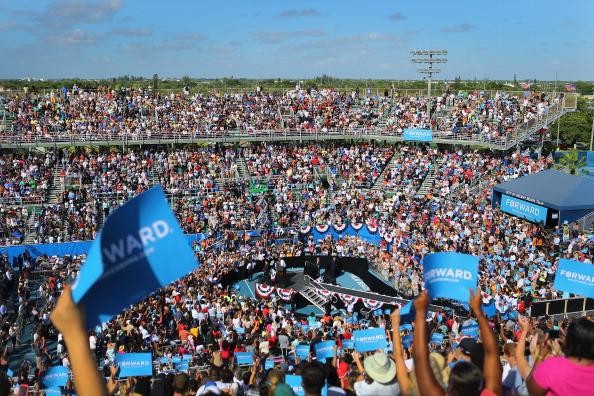 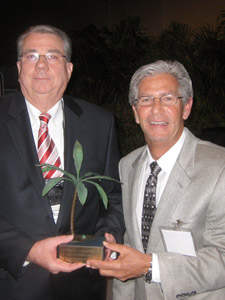 The Providencia Award is an annual award celebrating local businesses, organizations or individuals that have made an extraordinary contribution to tourism in Palm Beach County. Delray Beach ITC president and tournament director Mark Baron accepted the award from Jorge Pesquera, president and CEO of PBCCVB.

Up against some top competition, the other nominees included:

But alas a 20-member CVB Public Relations Committee evaluated and scored all eight nominees and the Delray Beach ITC was proclaimed the 2010 winner of the Providencia Award!!!!

In 2003 the event won the ATP Award of Excellence from the sport's governing body. The ATP conducts 62 annual World Tour tournaments across the world and the Delray Beach event is one of only 11 held in the United States.

In July 2010, Delray Beach was named one of the top 10 "Best Tennis Towns" in America by the United States Tennis Association (USTA) thanks in large part to the growing ITC, which brings more than 60,000 fans together for its 10-day event.

Other Stuff To Know 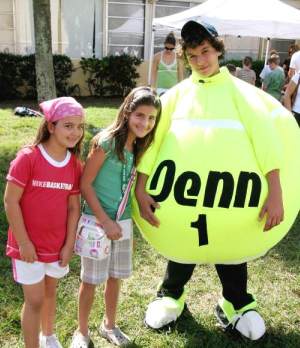 Special admission days in the past have included the following:

Kids Day (Kidz Days): You’ll be met with fun games and activities like a bounce house, sand art and Italian ices, balloon twisters, mini golf by Putt n Around and obstacle courses by Gym 111. Up to two children 12 years of age and younger will receive free grandstand seating for the day matches with one paid adult ticket.

February 2010, saw another successful marketing move from the ITC. It was the very first “Tennis on the Avenue” match between John McEnroe (aka Johnny Mac) and Mats Wilander.

Tennis on the Avenue, was an exhibition match, for entertainment only, and it was a success in bringing the crowd to Atlantic Avenue for a pre-match prior to the real match that same evening.

There was a record crowd of at least 2500 people showing up to watch this exhibition match between these two iconic tennis pros  whose history dates back to the Davis Cup 1982 – the longest Davis Cup match in history in which McEnroe outlasted Wilander in five sets over 6 hours and 32 minutes. 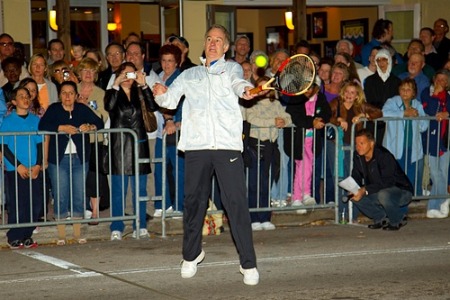 This select group of little darlings acts as a cheer leading squad providing hype and personality during the tournaments, as well as representing the ITC as brand spokeswomen and goodwill ambassadors in Delray Beach and Palm Beach County.

See pictures and read more about the Volley Girls. 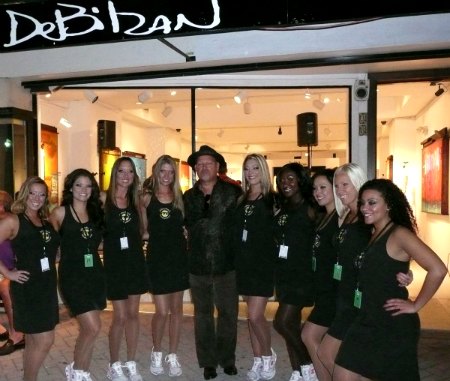 Thank You to DeBilzan Gallery For Your Support & Sponsorship...

William DeBilzan, Delray Beach resident, artist and gallery owner sponsors the ITC every year by donating one of his huge and fabulous paintings.

The painting sits on the court throughout the duration of the tournament, until the lucky person takes it home!

William DeBilzan Gallery is located at 38 E. Atlantic Avenue, just one easy block east of the Tennis Center, across the street from Old School Square.

Please stop in the gallery and see DeBilzan's fabulous art work and designer handbags made by fashion designer Mario Hernandez.

William DeBilzan Painting
Sitting on the Court Waiting for its New Owner! 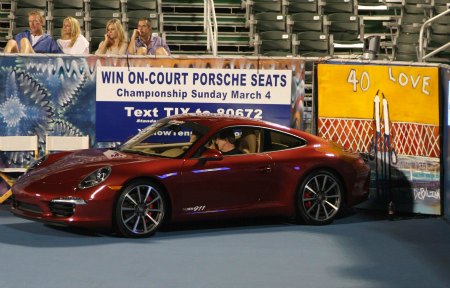 ITC Tennis Championships: The only venue in the world that showcases both the ATP World Tour & the ATP Champions simultaneously.

Return to Top of Page

I-Love-Delray-Beach.com is
Lovingly Created & Edited by Danika Dahl
Thank You For Visiting!
Copyright © 2007-2020